On Friday, December 22, the Keio SFC Malay-Indonesian Laboratory (Maigo Lab), held its semi-regular "Indonesian Night" event on campus. The event included a variety of traditional Indonesian dance performances, a fashion show, and a workshop featuring one of Indonesian traditional musical instruments. Attendees were able to learn about Indonesian culture, snack on Indonesian food, and experience Indonesian fashion and music.

The event started at 18:00, and four dances from three different Indonesian islands were performed; Saman, Pendet, Cendrawasih, and Pakarena. Before the dances took place, members from Maigo Lab presented slides and explanations of each dance.

Saman is known as "the dance of a thousand hands" and arguably one of the most famous dances from Indonesia. It originates in Aceh Province on Sumatra Island. Saman is usually performed at special occasions, where each song and movement offers different kinds of gratitude, blessings, and stories towards the viewers. 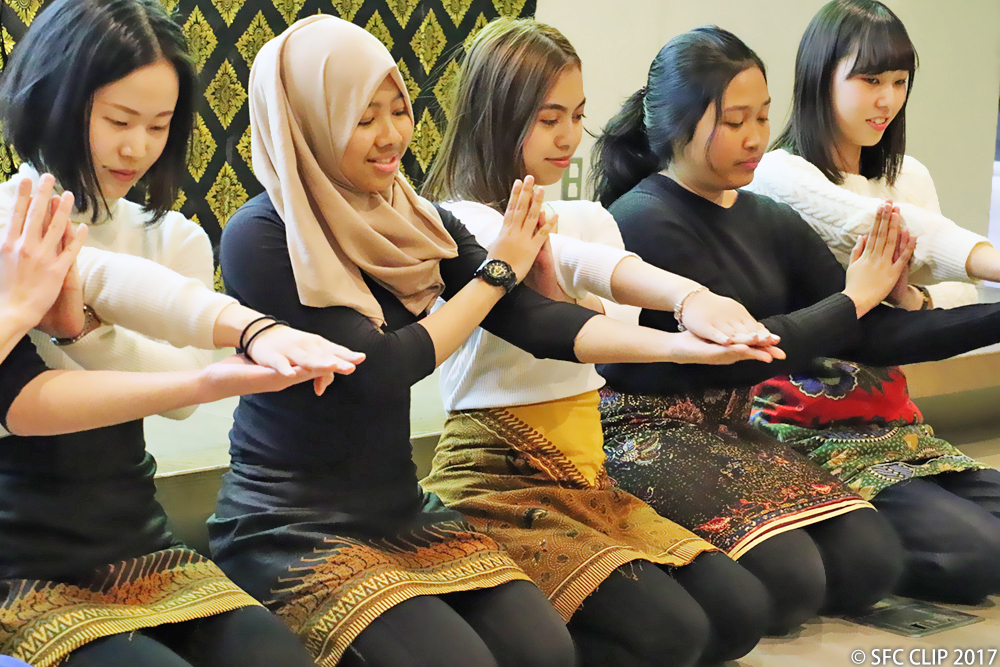 The Pendet dance comes from Bali Island, the most popular holiday destination in Indonesia. It is used as a greeting to welcome the audiences as well as to purify temples by offering flowers while performing. In this event, the dancer used pieces of colorful paper as a substitute for real flowers. Pendet Dance, performed by an Indonesian student from Waseda University

The Cendrawasih dance mimics the movements of birds with the same name. Inspired by this "bird of paradise" which inhabits the West Papua Islands, the flirty movements in the dance illustrate the mating of the rare species. 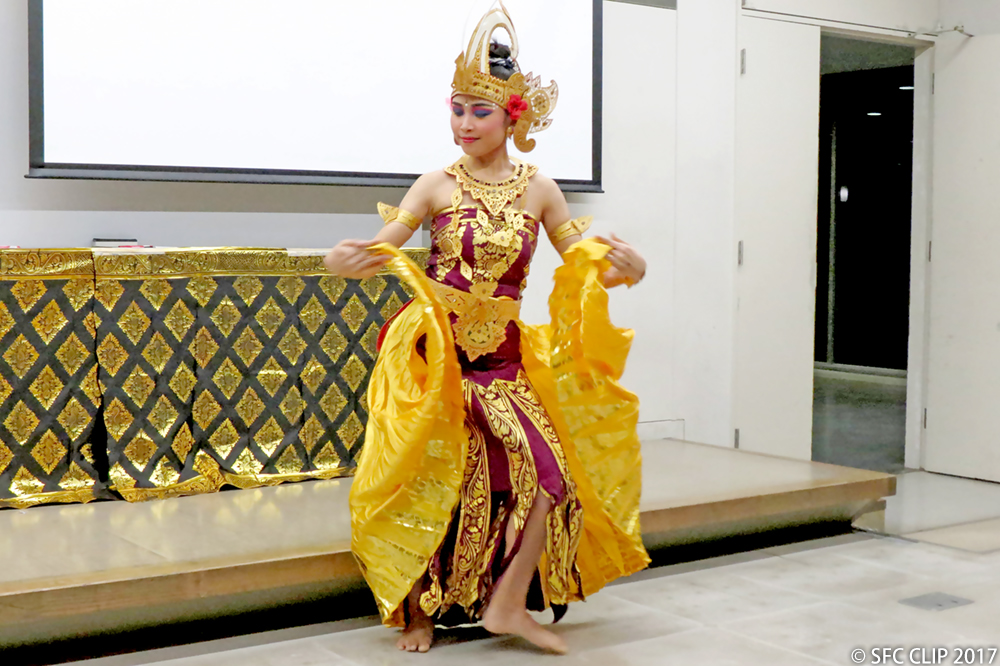 Cendrawasih Dance, performed by an Indonesian student from Waseda University

Pakarena is a traditional dance that comes from the south part of Sulawesi Island. The dance is recognized by the use of handheld fans carried by the dancers. The movements not only represent the elegance of the local women of Indonesia but also the circle of life travelled by all humans. 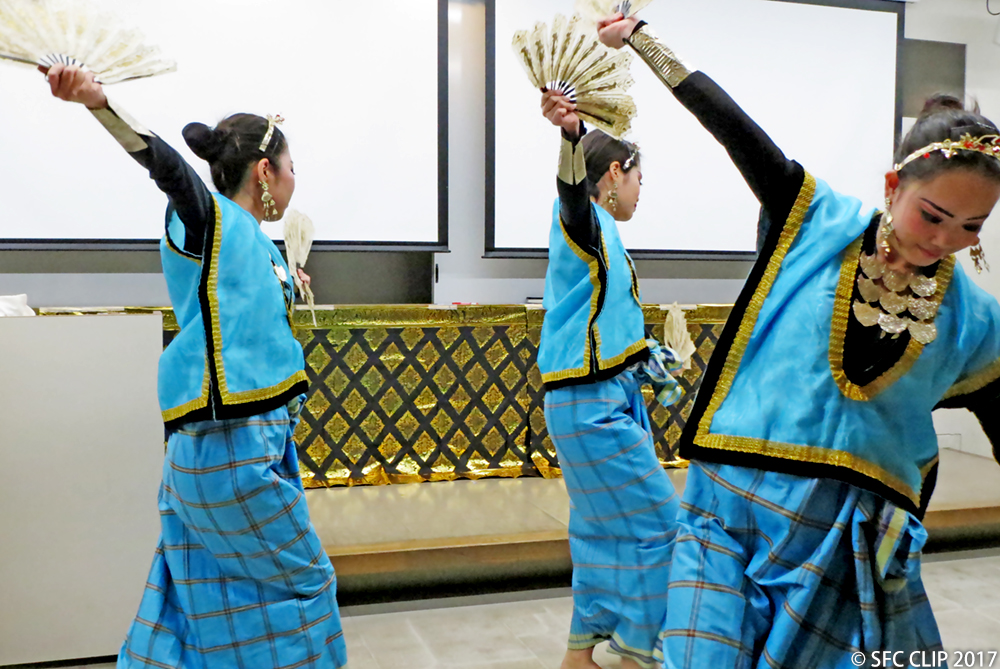 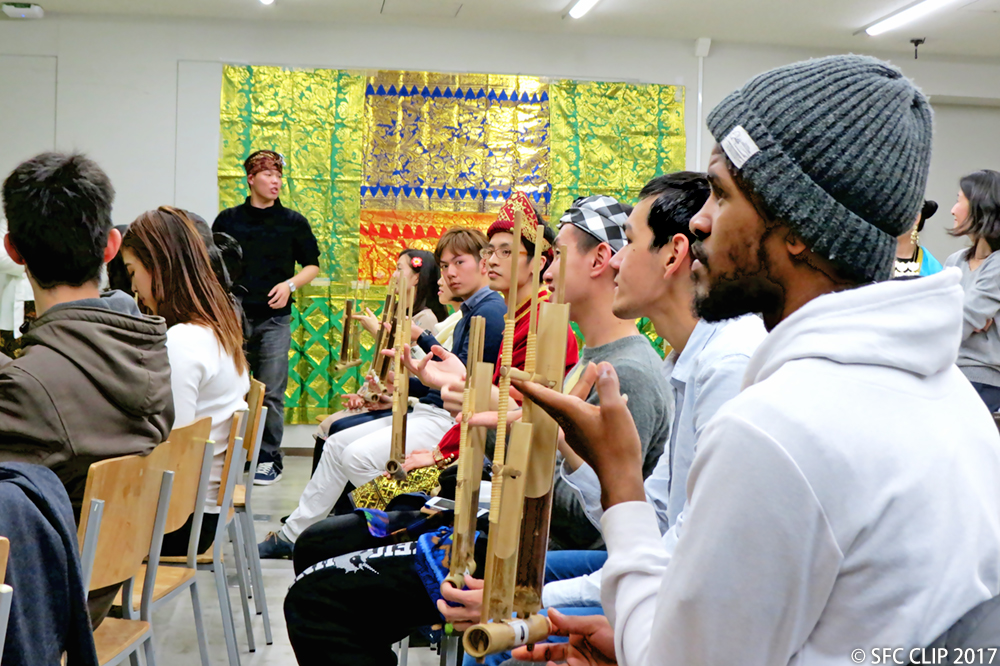 During the workshop session, the laboratory provided each participant with a piece of a musical instrument known as Angklung. Angklung originates in West Java and has been played since at least the 7th century. What is unique about the instrument is that each piece can only play one note; in order to perform a full song, many people need to come together to create a symphony. The session started by playing the first notes of the tonal scale (do-re-mi) and continued until the whole room was able to play one of the soundtracks from Doraemon at the end of the session.

The event ended with a mini fashion show, presenting the various designs and color schemes that come from the multitude of traditional cultures of the different regions all over Indonesia. 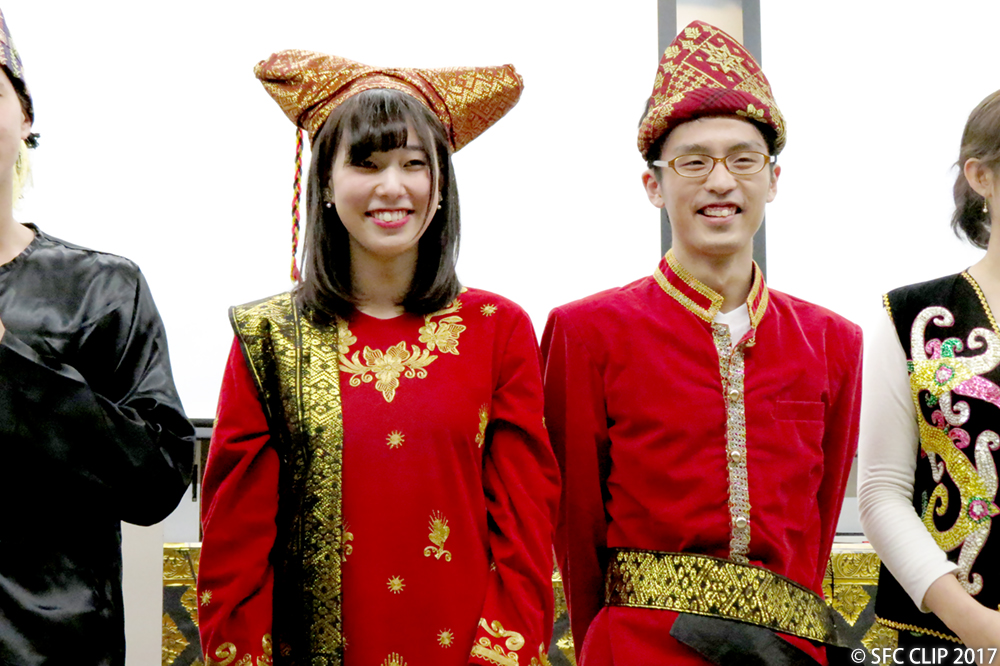 Some of the traditional clothes shown from Padang, Sumatra

The event was a great deal of fun, since many people were able to see the extraordinary performances. I would like to send congratulations to everyone who participated, especially the members of Maigo Lab who organized the whole event! 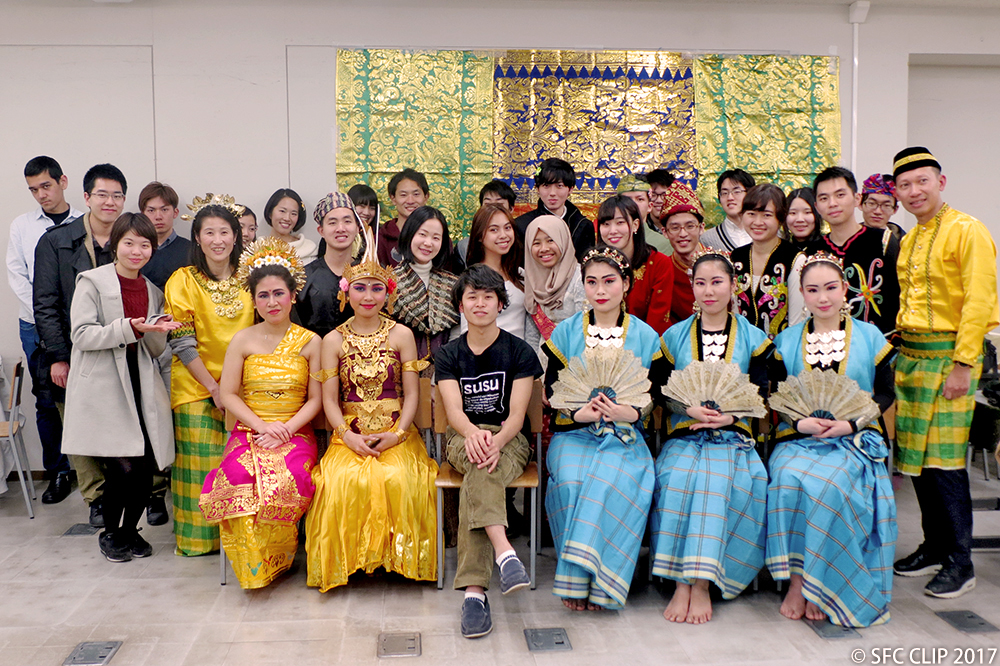