Defeat in day 2 of the Keio-Waseda games – Keio already victorious in Big6 League, parade to follow

On Sunday, June 3, the second game of the 2018 spring semester Keio-Waseda baseball match was held at Jingu Baseball Stadium. Although Saturday’s game resulted in a 3-1 victory for Keio, this game resulted in a smashing 0-9 loss. Although there were several innings in which Keio supporters were on the edge of their seats, Keio’s team was unable to score a run successfully. 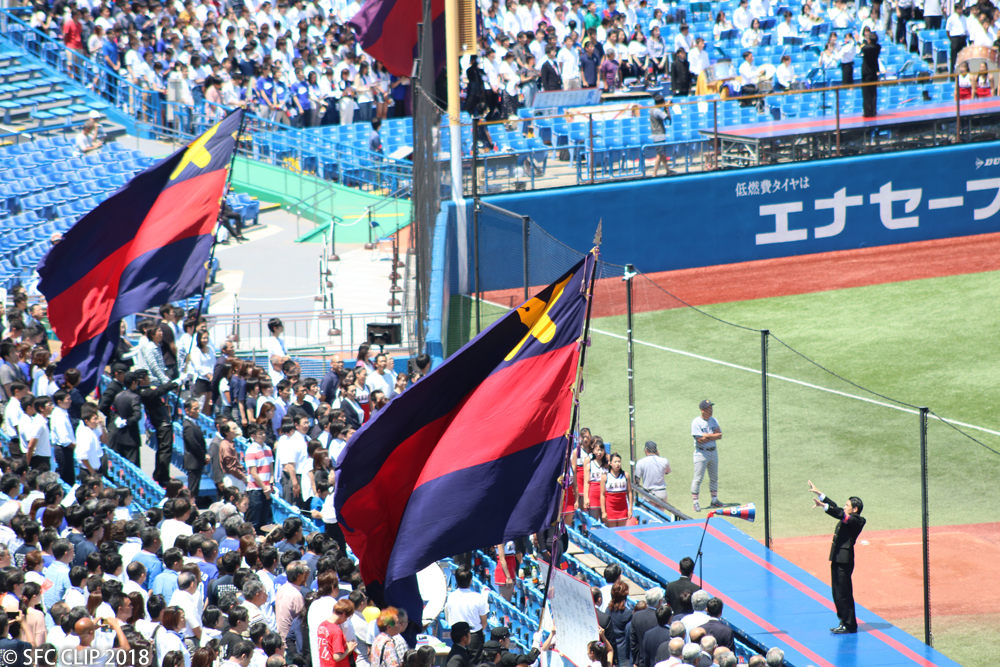 The game started out well after Keio’s #22 Gunji created opportunities for Keio to score by allowing runners to advance to first and third bases. However, the following batters struck out, failing to secure any runs. In the third inning, Waseda’s #37 Yoshizawa scored a solo home run, hitting the ball past the field and into the stands, which prompted much excitement from Waseda supporters. Waseda’s runners advanced bases with several bunts and steals, managing to score three points by the end of the inning. 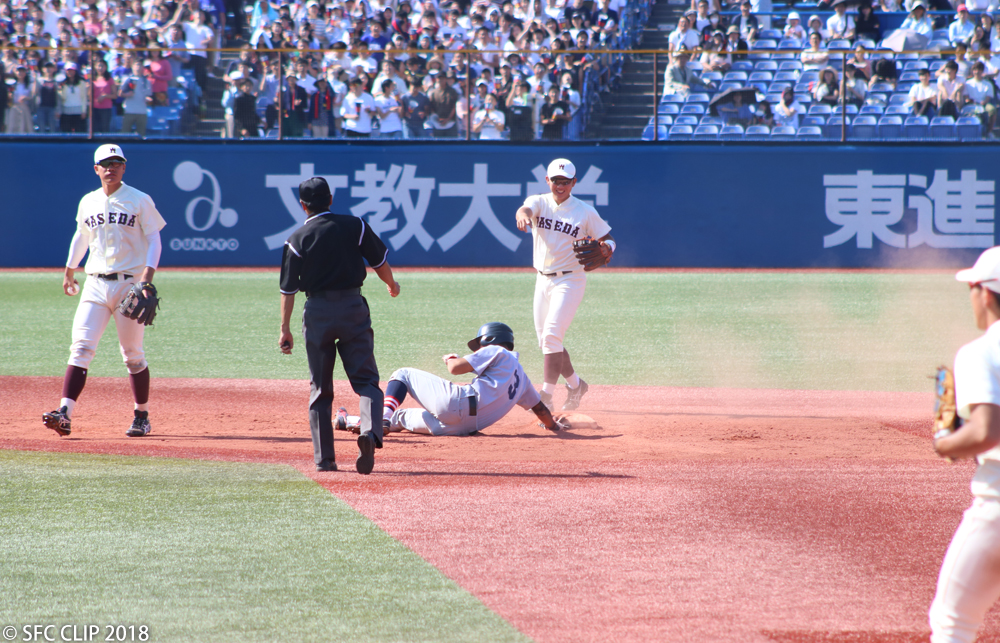 There were several innings where Keio supporters were on the edge of their seats, such as #5 Setonishi’s two-base hit, but Keio’s team was unable to score a run successfully. Waseda, with the enthusiastic cheering of supporters, scored two points in the fifth inning. Keio attempted to counter Waseda by changing pitchers frequently, but the game became even more devastating to Keio with the two-run home run by #24 Kodachi in the seventh inning. 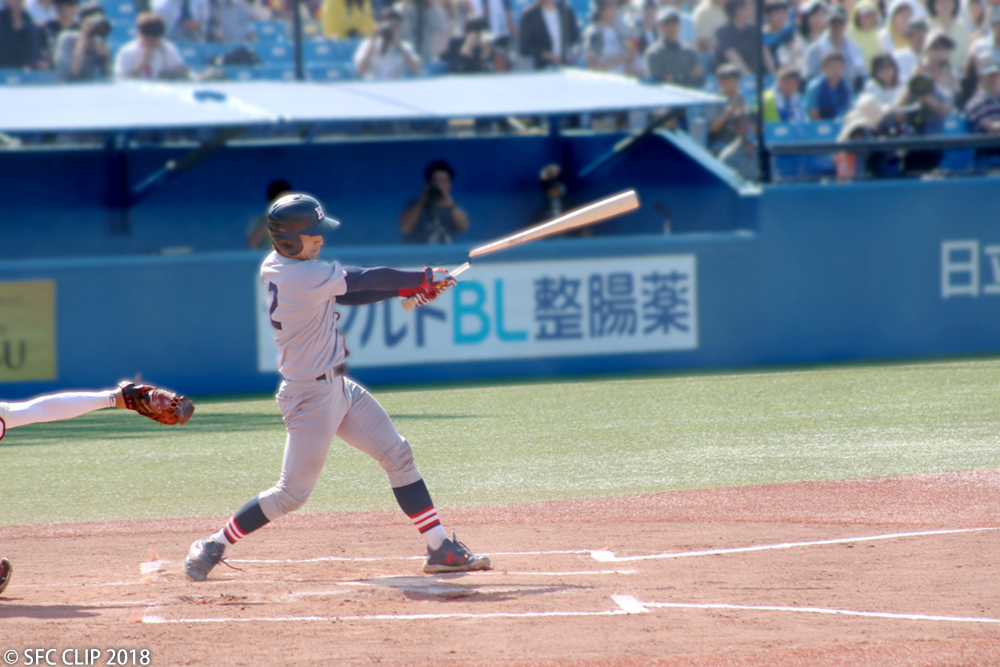 In the second half of the game, Keio’s #12 Saegusa’s bat shatters after striking the ball 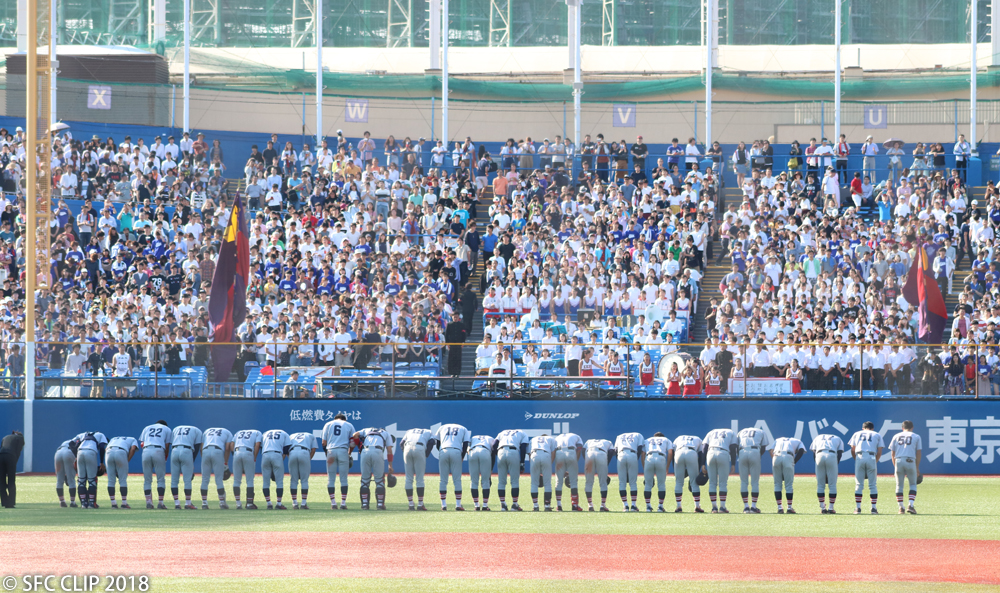 The game ended with Keio losing by nine points

Classes on Monday may be affected by the third match

Undergraduate classes will be cancelled if the game is held

Since the results of this semester’s match with Waseda has not been decided yet, the games will be extended into Monday or Tuesday until a victor is decided. In order to allow students to support the Keio team, undergraduate classes at SFC will be cancelled if the game is held as scheduled.

Graduate classes will not be affected

Classes in the Graduate School of Media and Governance will be held as usual, regardless of whether the game is held tomorrow. However, classes held jointly with undergraduate faculties at SFC (categorized as “Program Courses – Heisetsu”) will be managed according to the above rules for undergraduate classes at SFC and may be cancelled.

Although the outcome of this semester’s baseball game between Keio and Waseda has not been decided, Keio has already been declared victor of the Spring 2018 Tokyo Big6 Baseball League. To celebrate Keio’s victory, a victory parade will be held either Monday or Tuesday depending on tomorrow’s weather and the game schedule. (If tomorrow’s game is postponed to Tuesday or later, the parade will occur on Tuesday.)

The parade is scheduled to start at 17:40 at the Meiji Jingu Stadium and will continue to Mita Campus. Celebrations at Mita will begin at 19:40. All students are welcome and encouraged to attend the parade.